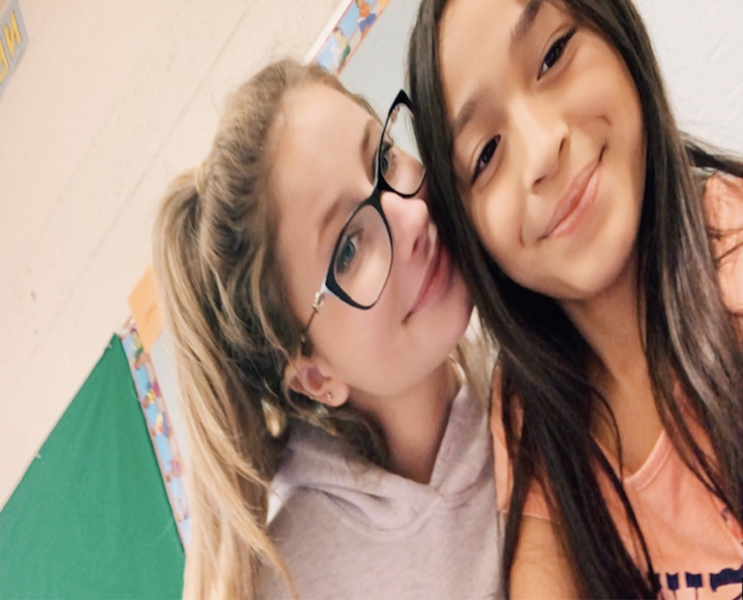 Arianna was matched with her “Big”, Lacey, in March 2019 in the school based mentoring program. When they were first matched, Arianna was in the fourth grade, and Lacey was a student at High Point University.

Arianna developed a great relationship with Lacey. Arianna and Lacey used to enjoy spending time together by making crafts and playing games as a way of bonding. They often made bracelets for one another when they were able to see each other at school. The last four months they were not able to see each other in person because of the Covid-19, but Lacey has been contacting Arianna by facetime and text messages.  They talked about schoolwork and played games on the phone. Arianna wanted to have a Big because she wanted somebody to talk with and share different activities. Arianna was a shy girl at first and thanks to Lacey she has improved her interactions with Lacey, as well as other students. Lacey has helped Arianna’s social skills and contributed to her happiness.  Lacey has always demonstrated accountability, a great attitude, and initiative.

Arianna is now in fifth grade.  She lives with her dad, two uncles, her grandmother and grandmother’s husband. Arianna liked to spend time with Lacey, and she feels more confident interacting with others.

When Match Support Specialist Noemi asked Lacey what motivated her to become a Big, she said “My roommate did it last year and loved it.” Lacey also said she has had some of the best experiences as a mentor because she has always loved working with kids and it is gratifying knowing that she can be someone Arianna can look up to.