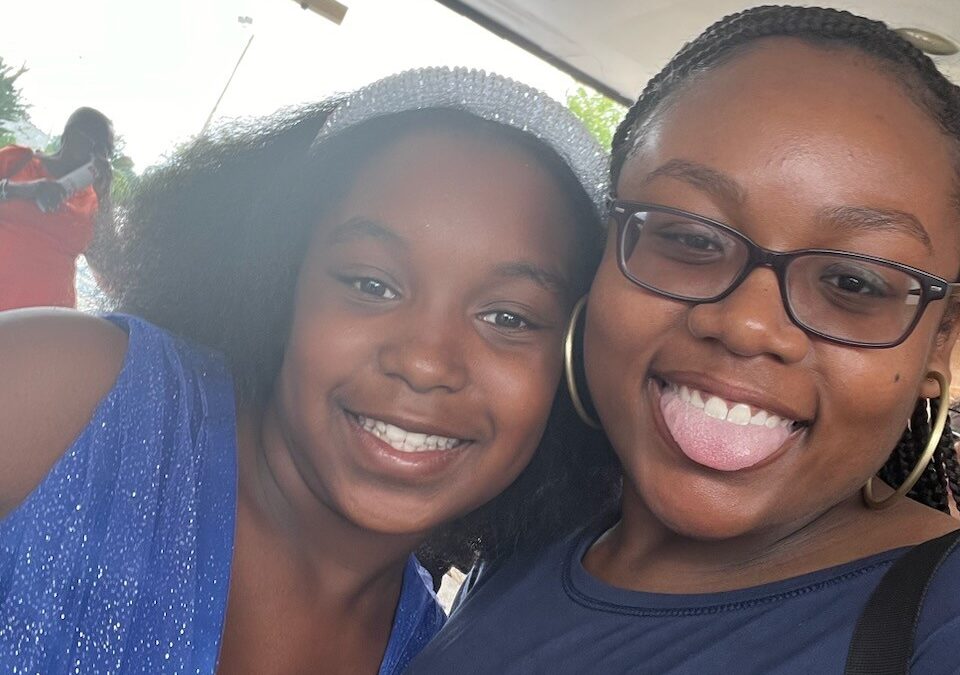 This is Kaviona and her Big sister Adrianna. These two have been matched for 4 years now with a recent match anniversary of this past December. Adrianna says she has enjoyed being Kaviona’s Big sister. She said she has watched her grow and mature in many ways. They enjoy their weekly phone/facetime calls and/or texts with their occasional visits now that she has  recently moved out of the area. These two still remain tight and manage to make time for one another. Mom says since being a Big sister, Adrianna has become more like family to them and that she appreciates her dedication and commitment to her and their family. Mom also mentioned that they have an undeniable bond that she enjoys. During match support with Kaviona, she has expressed her enjoyment of simply talking with her Big sister. She said she likes it when she gets to see her Big sister but understands when they can’t always see each other in person. Adrianna continues to make time to plan fun and exciting activities for them to do together. Going to the movies is something they enjoy doing together. Adrianna makes sure that Kaviona stays on top of her school work and that she is adjusting to her transition into middle school. Adrianna says she sees her maturing and her confidence building. Adrianna is a good role model for Kaviona and is truly an example of what a mentor mentee relationship should look like