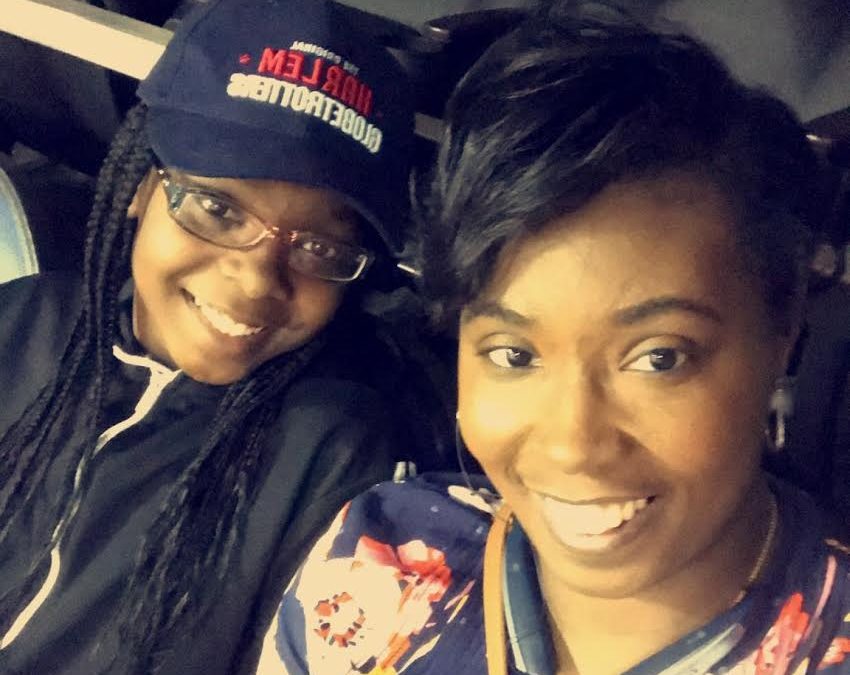 Sometimes match meetings can be awkward since you are introducing two strangers and informing
them that they were chosen to create a relationship. However, this was not the case with Jacquese
Willis and Nevaeh Lewis, the moment they met one another it was as if they were long lost friends
united after years of separation. The energy in the room was inspiring as Nevaeh started sharing her
talents and enthusiasm with her new Big. She is a bubbly young lady in the first place, but the more she
chatted about herself and her likes, the more Jacquese could chime in with her enthusiasm over the
same things. And vice versa with the energy just building and building. When walking away from that
match, there was no doubt these two females were in the process of creating a bond that would
connect on multiple levels.

Jacquese came to Big Brothers Big Sisters as a way to connect with a young lady who could use her
strong influence and to have someone to hang out with. She is a single mother to a very successful teen
girl who is involved in extracurricular activities, her academic pursuits and her social world. Therefore,
she thought it would be a good time to move on to a mentoring role as she finds joy in being a positive
influence and her own daughter has spread her wings. Nevaeh’s mother, Natalie, shares that her
daughter is lucky in that she has a wonderful relationship with her Big Sister but that she is also
influenced by the accomplishments of Jacquese’s daughter. Mother also shared that they have had
some amazing outings and that Nevaeh just adores both Jacquese and the interesting things they do
together, such as Tanglewood Christmas Light, Globetrotters and Science Fairs.

Jacquese shares that she has really enjoyed being paired up with Nevaeh. She loves that each time they
are together it is something new. She admires her bubbly nature and finds that in many ways Nevaeh is
similar to her. They both are planners and doers. She is proud watching Nevaeh navigate through her
schooling and to be confident in who she is and what she is aiming to do. A prime example being
Nevaeh’s strong influence on creating a talent show for her school. Although only together for six
months currently, it is difficult to imagine a time when these two dynamic personalities are not
connected in some way. Again, it was instant.