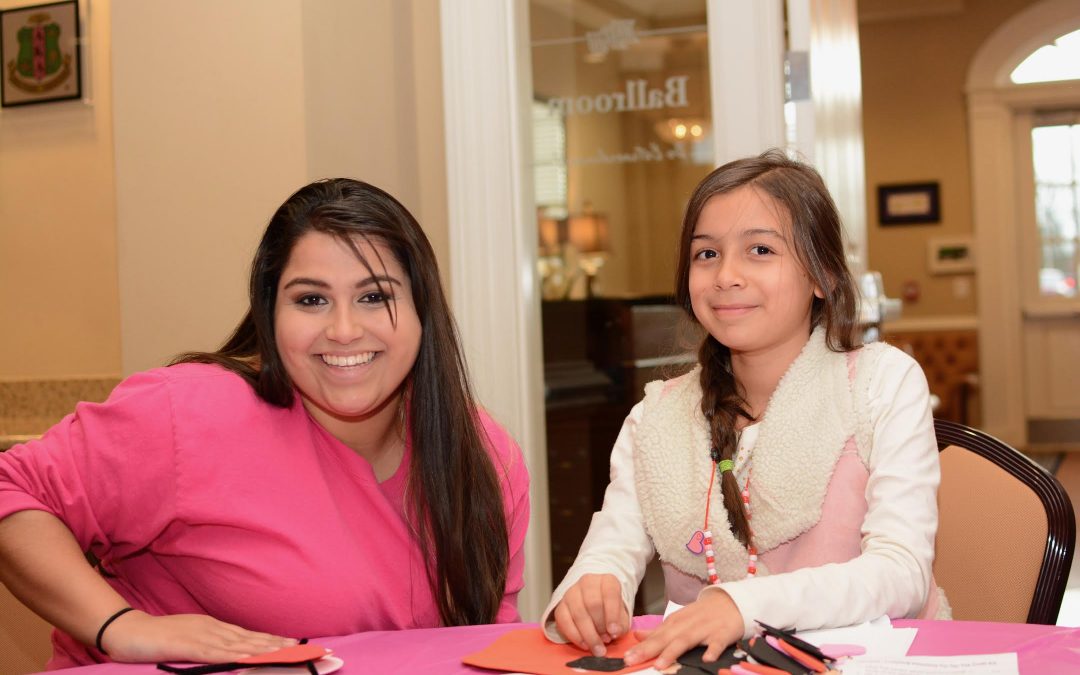 Miranda and Nadia have been matched since January 2017 in the Site-Based program. Nadia has made it her mission to support Miranda in any way she can. When their match started, her Little Sister Miranda was having difficulty interacting with her teachers and other children in her school. She was extremely quiet and was angry and defiant on most days. Miranda’s mom is not in her life anymore and her aunt took custody of her. Her aunt thought that if Miranda had a Big Sister, it could help her overcome some of her fears and improve her social interactions. She was in the third grade at the time she was matched. By the end of her fourth grade school year, Miranda had not only brought her grades up substantially, but she is no longer afraid of other children and adults. Nadia has found a nice balance during her time; she visits Miranda every week on a consistent basis. Nadia has shown great initiative by noticing that Miranda was more relaxed and willing to talk when she was doing arts and crafts. She always brings arts and crafts activities. On several occasions, she brought some “Pechas” to decorate. Miranda has been collecting those in her room. Her aunt has mentioned that thanks to her Big, Miranda is smiling again and she is not defiant with her. She is also no longer afraid of going to school, During the school year, they have also enjoyed going to field trips to HPU that are organized by Big Brothers Big Sisters, and she is also getting a grasp of what college is. Miranda now thinks going to college is a possibility for her.