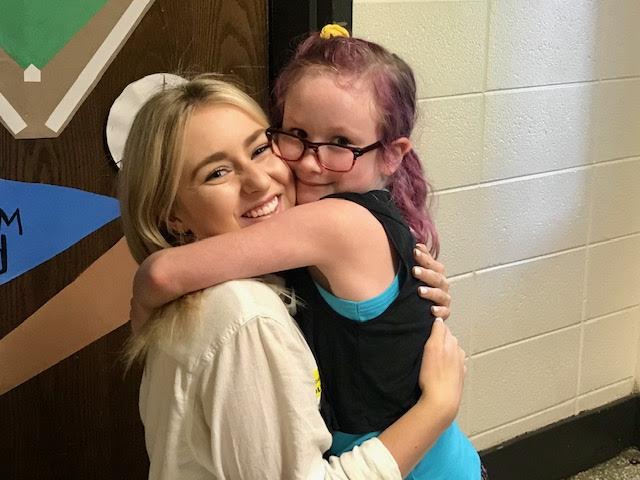 Iggy and Sophia have been matched since September of 2017 as part of our site-based program.  During their time together, the two have become so close and attached as though they are truly “family.”  Iggy’s mother shares that “Big Brothers Big Sisters has provided her daughter the opportunity to have the sister she always wanted.  Iggy has grown so much since being involved in the program.  This once incredibly shy, introverted girl is now blossoming into a social butterfly.  I truly believe a big part of her personal growth is because of Sophia.”  Iggy describes Sophia in one word…“AMAZING!”  Iggy is very artistic and says her favorite times with Sophia have been when they draw and create pictures together.  Sophia takes her role as a Big Sister seriously and places Iggy as a top priority in her very busy student schedule at High Point University.  Sophia shares that “serving as Iggy’s Big Sister is an incredible experience.  She has a light that shines so brightly.  Iggy has learned how to be confident and outgoing.  She puts her creativity into her everyday work in class, always participating very chance she gets!”  Sophia expresses that “Iggy teaches me to live more in the moment.  She exemplifies being true to herself and has influenced me to live more like her!”  Iggy and Sophia cherish every moment they spend together.  We look forward to watching these two continue their journey together.