Match of The Year! 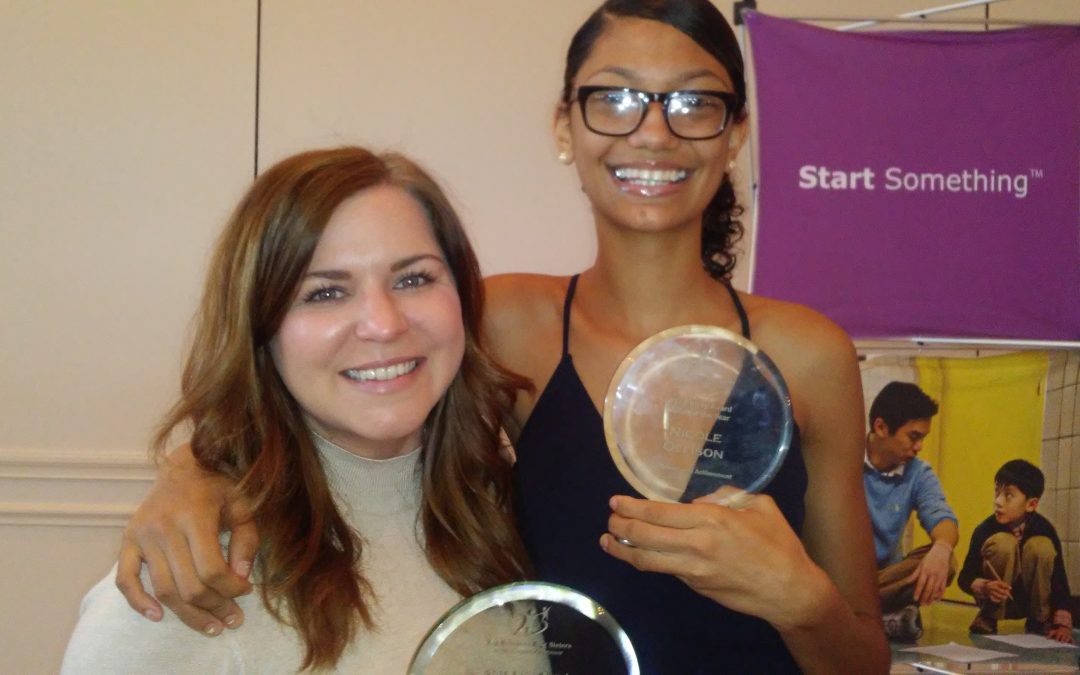 Nicole came into the program in April of 2014 when her parents felt she could use someone to provide additional support to her. Shortly after being matched with Tess, Nicole’s mom was incarcerated. It was in that early time period that the bond between Tess and Nicole truly began to solidify and take hold. Nicole came into the program at 11 years old, Marvin (Nicole’s father) was aware that his daughter was standing at the doors of adolescence and as a man, he was not built to meet all the needs she would have through the transition into her next stage of development. So he was very grateful that Nicole had been matched up with a quality woman as her Big Sister.
Marvin describes Tess as a “Godsend” and has felt as if the “hands of God was involved in pairing them together.” He consistently sings praises and states that Tess has been a pillar of strength to his daughter. She has been consistent and has shown an unwavering love for Nicole. Marvin adds that Nicole has grown, matured, and developed into a young adult since being matched. Tess states, “The impact of having Nicole in my life is something incredible. I am forever changed by this phenomenal young woman and I can only hope that I have made a fraction of the same impact on her.” Nicole shares, “Tess and I have been on so many adventures and she has seen the ins and outs of my family. I don’t look at her as just a mentor or just someone I visit every other Saturday. We are family.”