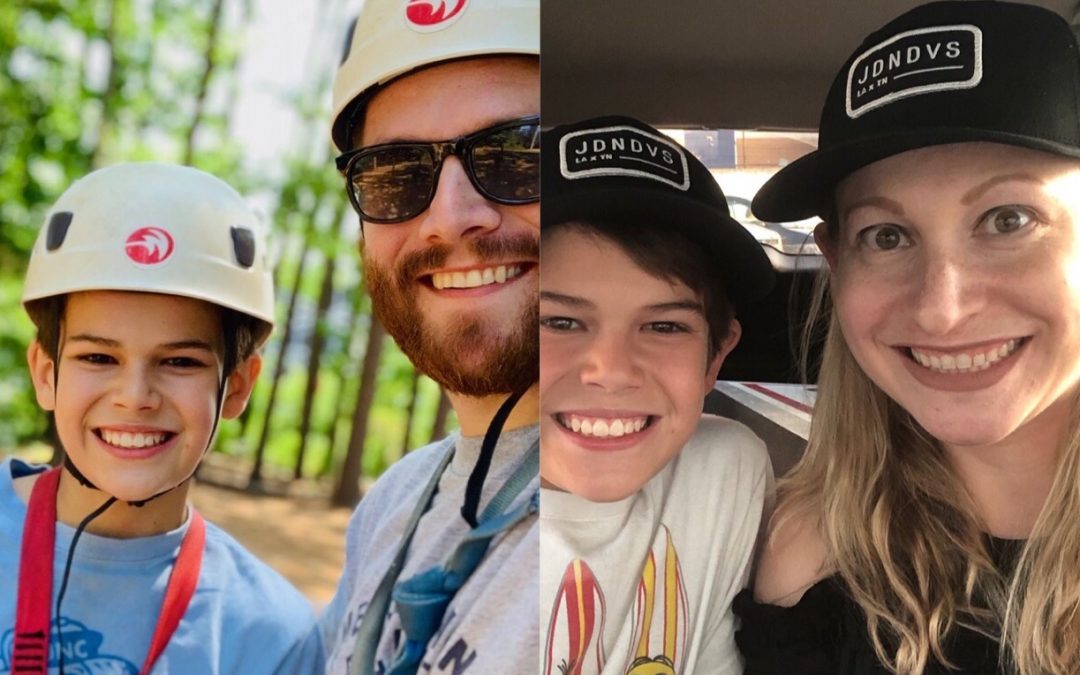 Zach has been matched with Cody and Jillian in a Couple’s Community-Based Match since November 2017. He is now 12 years old and has been able to experience a lot within his match with Cody and Jillian. Since being matched all of their lives have changed a lot. Zach has experienced the loss of his grandparents and Cody and Jillian supported him and his family during their time of need. Cody and Jillian have welcomed their first child into their family and have given Zach the honorary title of “Uncle.” Cody and Zach have been excited to get to know Zach and his family and have seen Zach grow up and find new interests that he enjoys (i.e. woodworking, ropes courses, and going to concerts). Zach has gained confidence through the match when it comes to interacting with friends and has seen improvements in his behavior at school as well as in his grades. When asked what he likes best about being matched with Cody and Jillian, Zach said, “They are nice and fun!” Cody and Jillian always have the nicest things to say about Zach during Match Support contacts. They have told the MSS how much of a joy it has been to see Zach mature, learn new things, and interact with their daughter. Recently Jillian won tickets to a concert through a radio station and took Zach to his first-ever concert. Not only did he get to go to the concert, but he got to meet the opening act and was given a lot of “swag” to take home with him.  It is safe to say this match is enjoying their time together and looks forward to many outings for the years to come!