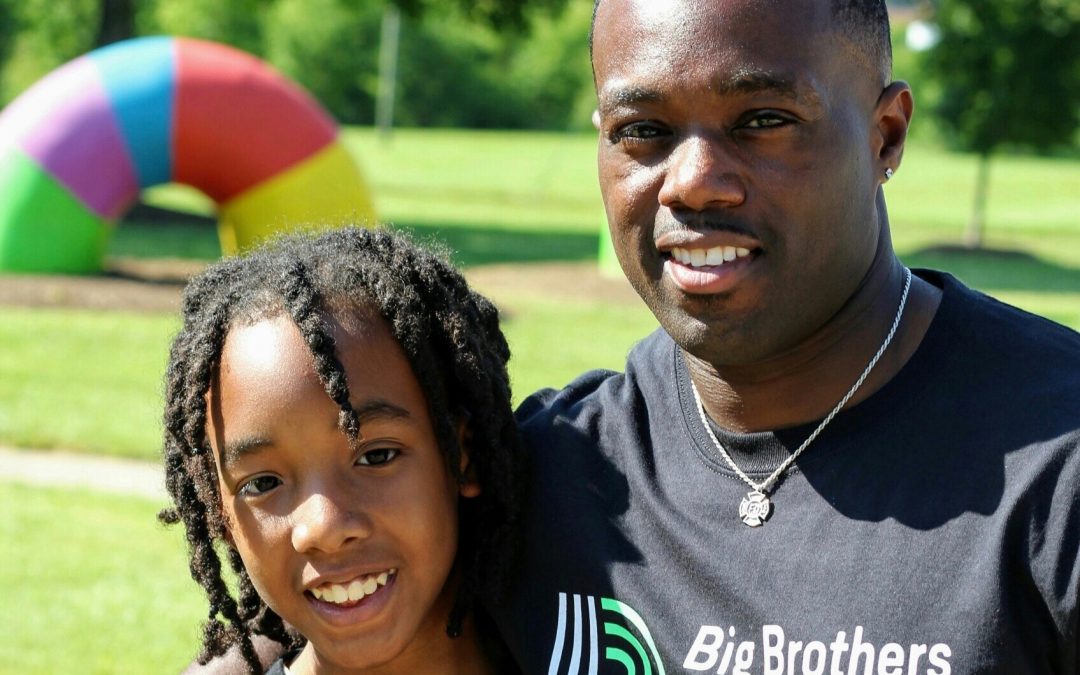 Just from this picture, you can see this match is one of a kind. Big Brother Ray and his Little Jariq hit it off right away! Though Ray is the kind of Big Brother who puts his all into everything he does, including improving and expanding Jariq’s outlook on life. Most who meet Jariq brush him off as ‘the shy boy’ or maybe he is just uncomfortable talking and they don’t give him a second look. Ray never assumed this, as he explains “Every kid doesn’t have to constantly talk, but if they don’t then society thinks they’re shy or not outgoing. Jariq is just Jariq, he’s very outgoing, loves to joke and enjoys conversation, but I do accept and respect sometimes he just wants his quiet time just like everyone else.” Which Jariq agreed, “I just talk when I have something to say, I have friends and like hanging out with Ray because he lets me be myself”.

As their relationship continues to grow there have been so many ‘teachable moments’ along the way. Ray and Jariq are a community based match and are always trying out new adventures during their outings. Ray notes it was probably at their 1st baseball game together that Jariq really broke out of his shell, noticing the other team “goofing off” during warm ups. Jariq shared “They didn’t have their head in the game from the start, playing around doesn’t get you the win and I was right because they lost.” Ray stated this was one of the best opportunities with Jariq as he was excited and comfortable to let him see it as a ‘teachable moment’, explaining, “The game is a lot like some things we do in life, if you goof off too much you’re gonna strike out. You have to focus, keep your eye on the ball despite what’s going on around you. You just have one task and that’s to make it to your win whatever that may be; but, staying focused when it’s hard is key.” Ray is such an inspiration as a Big Brother and as a High Point firefighter; he’s able to let Jariq experience things most kids never will. This match has such a special connection that constant conversation isn’t needed for them to enjoy their time together.