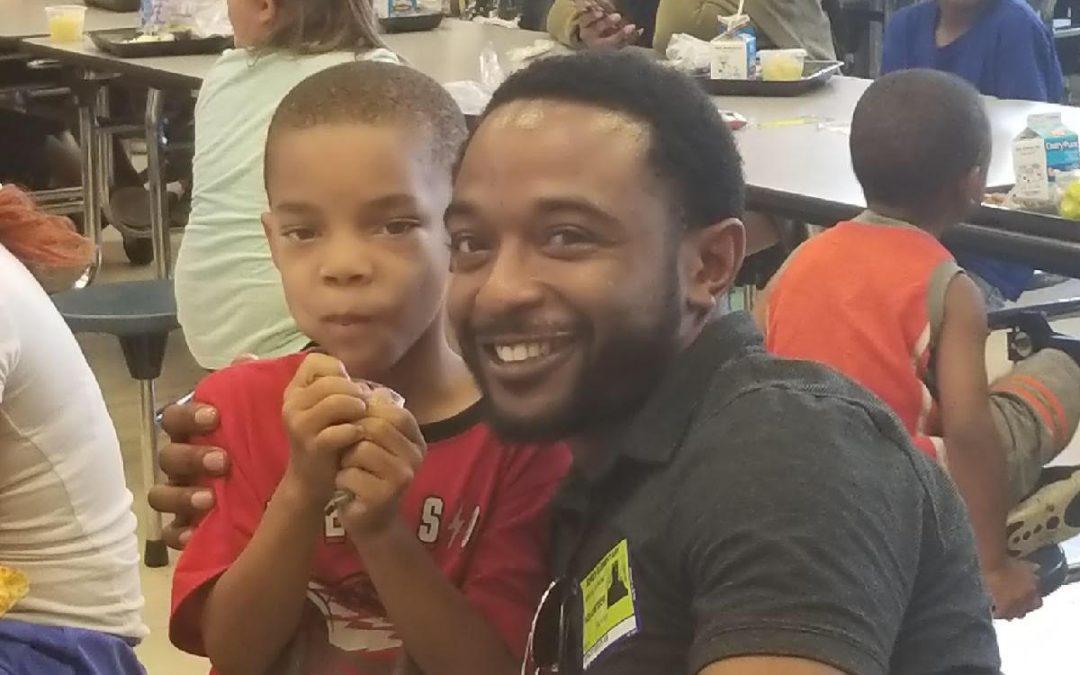 Jamarcus and Raymond have been matched since October of 2017, but to see them interact, you would think they have been friends for years! Jamarcus will be a first grader during the 2018-2019 school year, and is the oldest of 4 kids who has trouble concentrating in class and struggles with his academics.   Raymond is a college graduate who works evenings and wanted to give back to his community during the day. Jamarcus really looks up to Raymond and tells anyone around that he has the “best Big Brother ever!”  Jamarcus gets easily distracted, but opens up and does very well in class when he has Raymond there to help him.  Raymond came to visit for Jamarcus’s birthday during the school year and brought pizza as a treat for the entire class.  Although Raymond and Jamarcus have not seen each other since the school year ended, they have kept in contact through phone calls and both have shared that they are excited for school to begin again so that they can see each other.